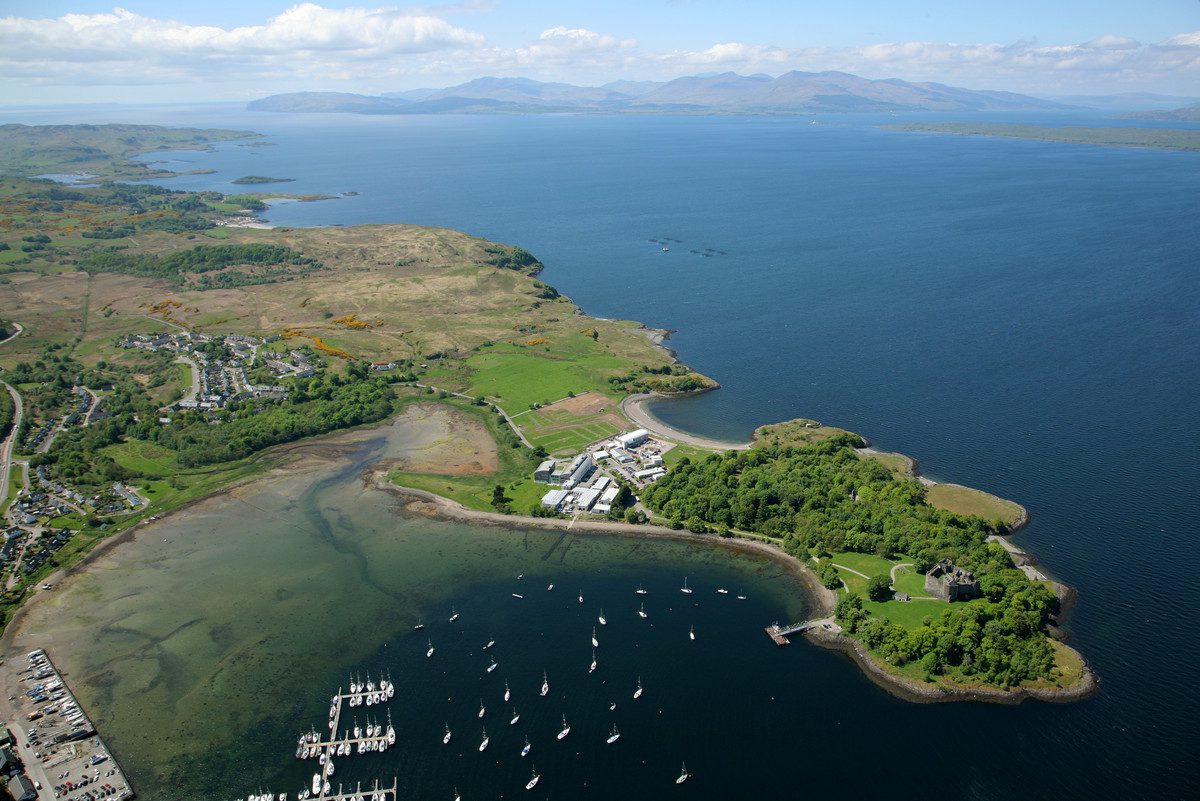 “Contemplating the SAMS project over a coffee after my OIAO adventure it struck me; whilst for generations our oceans, their depths and their tempests have enticed and terrified, in equal measure, adventurous spirits.  All of them in races to conquer, to map and to plunder.  Perhaps tomorrow’s adventurer will do the diametrical opposite; will care for, will save, nurture and protect an underwater world of blue that has started to lose the fight, as her inhabitants have begun to disappear.”

Our Isles and Oceans have been in partnership with The Scottish Association of Marine Science (SAMS) since the beginning of the first programme in August 2021. We are extremely grateful to have Dr. Anuschka Miller, the Head of Communications at SAMS, working alongside us and meeting with our ambassadors to speak all about our oceans. Anuschka covers everything from the history of ocean travel, and societies early beliefs about the ocean, to where and how our knowledge has grown to today and how much more there is for us to learn in order to truly help sustain them.

“When we went to the SAMS quarters in Oban the tutor flooded us with absolutely amazing marine biology facts! She covered everything from how stingrays mate and lay eggs, to the difference in currents in different parts of the ocean, even about different sand gradients around the world if we had more time to listen to her I could all day! I’ve always been into the sea but after our discussions I realised yeah, the sea is beautiful but its what’s under that sheet of water that’s the real gold mine!!“

Through this partnership we hope to inspire young people by sparking an interest in Marine Science. Our Ambassadors are a key element to Our Isles and Oceans being able to pass on the narrative of sustainability through educating others on the importance of marine ecology. By bringing together a group of like-minded individuals, Our Isles and Oceans hopes that our Ambassadors will be able to spread their own knowledge and excitement about the oceans to a large audience.

“I’ve become a lot more aware of the role our oceans and marine life play in the global health of our planet since hearing Anuschka talk about marine science and the oceans at SAMS. She spoke with such passion that was really inspiring, it was hard not to come away more interested! I was previously interested in marine science in a kind of arms-length way, but wouldn’t necessarily have, for example, chosen to watch a documentary on the ocean. But since hearing the talk she gave us, and seeing the displays at the centre, I’ve felt a lot more connected with and interested in marine science. The experience at SAMS (although brief!) really opened my eyes to how amazing and beautiful and mysterious the oceans can be. Sea life can be so unfathomably different to life on the land, and I’ve really enjoyed finding out more about it since the talk, both by myself and little bits and pieces from the SAMS Instagram. The OIAO program and SAMS made me consider more deeply the wider impact of land-based activities on the health of the oceans and made me think about how what I do could impact the oceans and marine life. It really reinforced how connected everything is and how important it is to do everything we can to reduce further harm to the planet.”

Leading from this initial meeting at SAMS, our Ambassadors from the August 2021 programme have been invited to work alongside Anuschka to create a handbook which will cover information on the diversity of marine life along the West Coast of Scotland. This handbook will be designed to help educate individuals on the specific ocean wildlife and underwater landscapes around the west coast of Scotland and the actions we can take on an individual level to help continue the movement for sustainability.

“The Ocean has been a love of mine from a very young age with all its beauty and mystery. As I got older, I realized it was a major source of happiness whether playing in the waves, surfing, or swimming amongst the wonderful creatures that inhabit it. Because of this I decided to pursue a degree in Marine Science at SAMS. Graduating during the pandemic was tough with very few opportunities going. During my trepidation I came across OIAO. They presented the incredible opportunity to learn the basics of sailing a Clipper 68 with world class instructors and an amazing team of likeminded humans. This combined so many things that fulfil me from being on the Ocean, getting to share my knowledge of the ocean and learning from others, and of course sailing with an incredible team. It was exactly what I did not know I needed after such a strange, jumbled year. I’m excited to see where my reborn love for sailing along with marine science will lead to next!“

With COP26 happening in Glasgow, and the current state of the global climate crisis, it is more urgent than ever before that we begin to really understand the ecology and biodiversity of our oceans in order for us to create new ways in which we can attempt to combat climate change.

“My father has worked in conservation all his life, so growing up I’ve always been conscious of the natural world around me, the damage we can inflict upon it and the importance of not only preservation but educating ourselves and others.

My interest in marine conservation really grew around the same time I started diving – we are, by nature, land dwelling mammals so it’s only natural for us to sometimes look past the ocean and dismiss it as just this vast expanse of blue. But discovering just how alive the oceans were through diving and learning just how instrumental they are to our lives on land snowballed the urgency to spread awareness and to try and start doing something to help them.

I’ve been involved in beach cleans, seafloor clean-ups and local awareness campaigns – and joining OIAO allowed me to meet with many other likeminded and concerned individuals – all with varied skillsets and a drive to create a larger initiative to do something. The partnership OIAO has with SAMS is exciting for me as an ambassador, as it allows us access to all the experience, knowledge and research of marine scientists, and will allow us to translate this data in our own way – tying it into the sailing and youth development programs. These programs and partnerships are providing a vessel, both figuratively and literally to help us learn more and showcase to others the importance of our beautiful isles and oceans.”

We are very excited about the future of this partnership, and hope that through the means of science communication we can help to educate and inform a greater population about the importance of Marine Science and the steps we can all take to attempt to combat the current climate crisis.

ARE YOU READY TO APPLY?

To apply to take part in the Our Isles training programme please fill out the form on the page below and attach an accompanying application document. Following the application, we will contact individuals for further progression.

We want to hear about your experience and where you want to go in life. Why do you want to join this programme and what do you hope to achieve in the future?